I seem to have a soft spot for science fiction novels with the word “God” in the title. And Frank Herbert’s name has some resonance for me. Although I am not a huge Dune fan, I do admire the novel, and quote weird funny lines from the film every now and again, in conversation. So I gave this a try.

It’s just okay, I guess. There are some Big, Weighty Issues presented, but the way they are tackled is disjointed at times, with some chapters meant to be payoffs turning out to be flops after unwarranted build up. This feels like the sketch of a better book, highly episodic in nature.

Once thing I do like is the disgruntled snarkiness of the protagonist, Lewis Orne, and the combative relationship with his asshole boss, Stetson. Orne acts like a really sulky son-of-a-bitch when he’s first called out and criticized, and to be fair, Stetson really rips into him with ridiculously funny churlishness.

One of the phrases in the book is “Gods are made, not born.” This makes some sense, actually, in the way that religion fashions gods, and in the other way that true “creator of the universe”-type gods ought not to have an origin story. Oh, and in the third way that there are priests literally making gods out of thin air by sitting in a circle and chanting.

The casual sexism is amusing, as a capsule of its time. Our hero encounters not one, but two fiercely female-led societies, one open and the other secret. The first is an authoritarian witch-planet that nearly kills him, and the second is a vast conspiracy of wives bent on manipulating their husbands into positions of power. Cool.

All these episodes culminate in a ordeal, a trial for Orne. It’s sort of a vague cacophony of religious mumbo jumbo that strains to hang all the ideas together, but just treads water attempting to do so.  The final confrontation works pretty well, though, evoking some swelling sense of awe, before the whole thing ends quite perfunctorily.

Here is a philosophical argument that just about blew my mind, maybe 30 minutes ago. I had loaded up this academic paper on my iPad because it was referenced somewhere else, and I just read it.

It asks “Are you living in a computer simulation?” and argues that the answer, “Yes”, is highly likely. It uses math and logical, philosophical proof, to arrive at that conclusion.

Have a read, and let me know what you think. There is already a slightly humorous, somewhat serious debate and public discourse about this idea. I haven’t gone into all of it, but if you go to the root website in the link above, you can follow along as well.

It brings to my mind the Foundation series by Isaac Asimov, an obscure novel called “The Jesus Incident”, and of course, The Matrix. 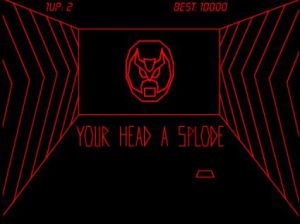